Project Gotham Racing 2, developed by Bizarre Creations, is a Racing, Single-player, and Multiplayer video game. It is the sequel to the Project Gotham Racing and offers the same gameplay to the previous one with new features. The player serves as a racer who has to overcome all the racers by showing off his racing skills in races.

Kudos World Series requires the player to complete multiple races with more than ten cars. The aim is for the player in the time attack mode is to complete the laps as quickly as possible. The player has two selections, such as circuit or car challenges in this mode. 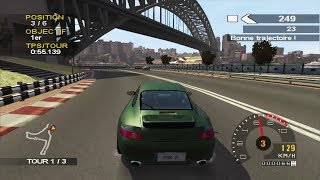