God of War III is an action-adventure, hack and slash, single-player video game for PlayStation developed by SCE Santa Monica Studio. The game is the fifth entry in the fabulous series of God of War. The game takes place in ancient Greece and focuses on Greek Mythology. The player can take on the role of the protagonist named Kratos, who is a former god. The game puts the player on an epic adventure to fight against gods, monsters, and Titans to find Pandora.

The gameplay is similar as compared to its previous entries and based on combo-based combat. Kratos equips with his main weapons, such as Exile and Blades, to slaughter monsters and vicious gods. There are different types of creatures such as harpies, Cyclopes, sirens, and more. It is capable of climbing, jumping, running, and swinging by using ropes. With enhanced mechanics, addictive gameplay, brilliant visuals, and a superb story, God of War III is a wonderful game. 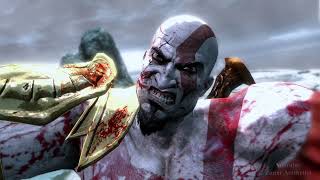 God of War Collection is a 3D, Action, Adventure, Hack-and-Slash, Hidden Secrets, Simulation, and Single-Player game developed by Santa Monica Studio, Bluepoint Games, Sanzaru Games, and published by Sony Computer Entertainment. God of War and God of War II are included in the God of War Collection for the PlayStation 2. In this collection, which has been remastered in high definition and re-released for play on the PS3, lovers of the series and newcomers to it may both enjoy the addictive action and puzzle-solving excitement of taking on the gods controlling ancient Greek mythology’s universe.

Preparing for the arrival of God of War III on PlayStation 3, revisit two of the most highly acclaimed PlayStation 2 titles. Ex-Spartan warrior Kratos is on a relentless mission to defeat Ares, the God of war, and unleashes the gods’ might to do it. While wielding his deadly Blades of Chaos, a double-chain sword, Kratos will have to face off against some of the most heinous foes from Greek mythology. The game has many fundamental and fantastic features for players, such as Complex Gameplay Interface, Ancient World, Different Monsters, Boss Fights, Various Stages, Real-Time Tactics, Titans and Gods, and many more.

God of War: Ascension is an Action-Adventure, Hack and Slash, Single and Multiplayer video game created by SCE Santa Monica Studio. It is the 7th entry in the series of God of War and set in Ancient Greece loosely based on Greek mythology. The game casts the player in the role of the protagonist of the series named Kratos, who is an erstwhile servant of god, who tricked him into slaughtering his beloved daughter and wife. He tried to take revenge from god and captured by three furies who tortured and punished him. With the assist of the oath keeper named Orko, Kratos flees from steel cage and confronts the three Furies to take revenge. It offers the similar gameplay to its previous installment. The game focuses on combo-based combat, puzzle and platforms and the protagonist equips with his main weapons Chaos and Blades. The game is played from a third-person perspective. The player can play as a solo in Single-player campaign or play with fellows in multiplayer mode. It has a set of levels, and each level represents different gameplay, challenges, and objectives. God of War: Ascension offers enhanced gameplay, brilliant mechanics, and superb controls. Try it out.

God of War II is an Action, Third-person Perspective, Hack and Slash and Single-player video game by SCE Santa Monica Studio. It is the second game in the series of God of War and lets the player get into the role of the protagonist named Kratos and who is betrayed by the king of Olympian gods named Zeus who strips and kills the protagonist. The Titan Gaia saves Kratos and instructs him to locate the sister of fate. After that, Kratos begins his journey and try to take revenge on Zeus. The game offers the similar gameplay to its previous entries and focuses on combo-based combat element. The protagonist equips with his main weapons known as Blades of Athena and can use to slaughter his foes. There are a series of levels, and each level has its unique objectives and a set of foes and bosses that the protagonist must defeat at any cost to take his revenge. The player can explore the game world from a third-person perspective and has to solve different puzzles to earn rewards. God of War II offers enhanced mechanics, hack and slash gameplay, exciting features and the brilliant environment. Try it out.

God of War is the first game in the God of War series and focuses on Combo-based Combat. The game combines the elements of Action-Adventure, Hack and Slash, Platform and Puzzle. It lets you control the protagonist named Kratos and jump into the game world where you must fight against evil forces to save your kingdom. God of War takes place in an ancient world populated by the Olympian gods, and other beings. The game offers six fictional locations to explore such as the Aegean Sea, the city of Athens, Desert of Lost Souls, Temple of Pandora, the land of underworld and more. According to the story, the protagonist serves the gods of Olympian. Kratos received a task from the goddess named Athena to kill Ares, the god of War, who tricked the protagonist into killing his beloved daughter and wife. The game embarks you on an adventure to take revenge from goddess to the murder of your wife and daughter. It has a series of missions you must complete at any cost. The primary weapons of the character are the blade and chaos a pair of blades fixed to the chain. With the best mechanics, addictive gameplay, brilliant mechanics, exciting story, God of War is the wonderful game to play and enjoy.